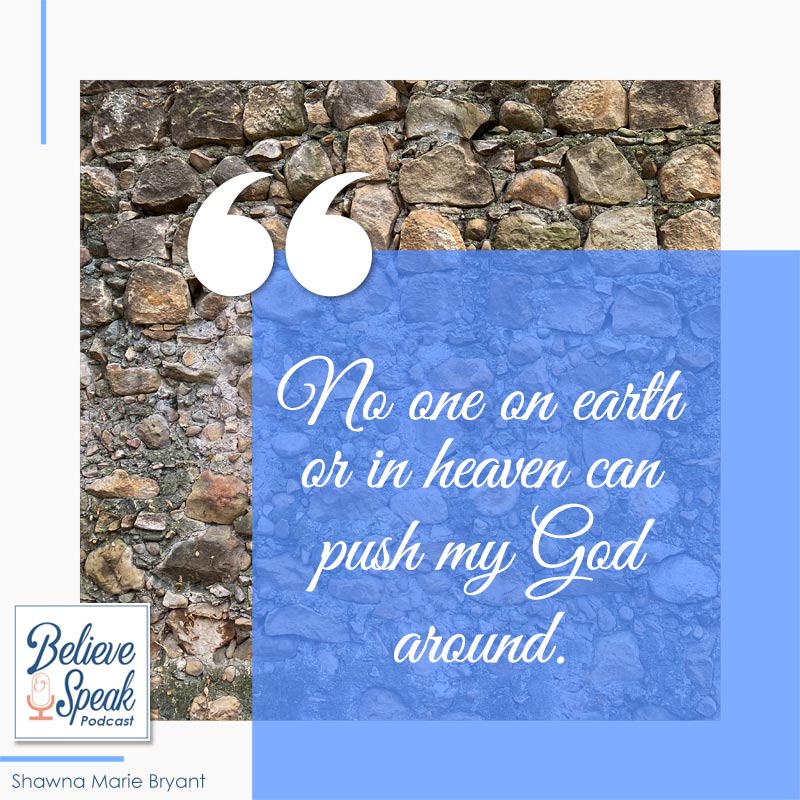 This week’s episode was inspired last Saturday during a small group study of my book. I’m taking a few 20- to 30-something-year-old women through my new book, Longing to Belong: Discovering the Joy of Acceptance, and last week we were discussing the chapter called “I Am Not Invisible”, which includes a character profile of Rahab, the prostitute visited by the spies that Joshua sent out to explore the land of Jericho before the famous Jericho march brought the walls of Jericho down.

I tend to look at the Jericho story from the perspective of the Israelites having their first victory in the promised land, but consider Rahab’s perspective. Rahab knew Joshua had overpowered the two kings east of the Jordan River and that his army had left no survivors. But how did she know to credit God for Israel’s triumphs? Rahab grew up in a pagan culture that didn’t worship God or even believe in the existence of a singular Supreme Being. So how did she know the “supreme God of the heavens above and the earth below” would deliver her? How did she summon the strength to commit treason against her earthly king to align with an enemy army? How does a woman with no knowledge of God find the faith to trust him with her life?

Whether God silently revealed himself to Rahab through creation or spoke decisively to her through the miracle of the Red Sea crossing, Rahab learned the secret to seeing the unseen God. She also saw the probability of rescue. The story of Jericho is one of victory from both Israel’s and Rahab’s perspective. But only Rahab watched the walls fall from inside. God destroyed the walls that had kept her bound up in a life of sin. For Rahab, the fallen walls of Jericho represented a fresh start and demonstrated the matchless power of the supreme God. That same power is at work in our world today.

Longing to Belong: Discovering the Joy of Acceptance is now available for purchase on Amazon.com, BarnesandNoble.com, Walmart.com, Booksamillion.com and Christianbook.com. It’s also available for download to your Kindle or from the Apple store for your iBooks app. Or visit my website to purchase a copy at shawnamariebryant.com

Share this article
Share on FacebookShare on Facebook TweetShare on Twitter Pin itShare on Pinterest Share on WhatsAppShare on WhatsApp
Verse of the Day
Therefore, since we are receiving a kingdom that cannot be shaken, let us be thankful, and so worship God acceptably with reverence and awe, — Hebrews 12:28 (NIV)
Products
Recent Podcasts
Recent Video Podcasts
Recent Blog Posts
Go to Top