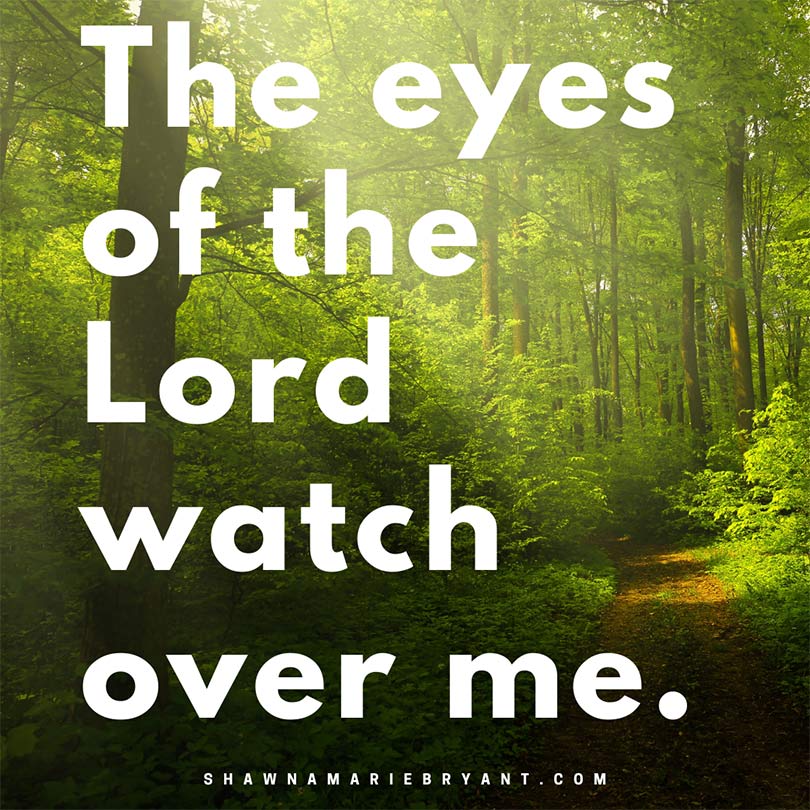 Today’s declaration reminds me of the old standard by George Gershwin, “Someone to Watch Over Me.” I used to sing that song six nights a week when I sang professionally many years ago. That old love song wasn’t about our relationship with God, but the line about the “little lamb” lost in the wood makes me think of the Good Shepherd who leaves the 99 in search of the one. I am incredibly thankful for the promise of God’s watchful presence.

As the lyrics to the old standard go, “There’s a somebody I’m longing to see,” but I don’t have to hope that He’ll turn out to be the Someone I already know Him to be.

God has revealed His character and His promises over and over in Scripture. Even though I read only verses 13-22 in this episode of Believe & Speak, I read the entire Psalm to myself before recording this episode. The first three verses confirmed that Psalm 33 truly is a love song to God. And this “old standard” was written long before big band music made its debut on the American stage.

Verses 13, 14, and 15 of Psalm 33 say that God looks down, sees, watches and considers. In other words, He doesn’t just glance your way now and then. He keeps watch. Constant, vigilant watch.

It’s no wonder countless love songs have been written about the love of God. Maybe you can think of a worship song even now that acknowledges what we’ve been declaring this episode.

The first ten episodes of my video podcast, “Find Joy” walk you through my book, Longing to Belong, and the entire series is now available for viewing. Learn more on my website at shawnamariebryant.com.